The internet is becoming an increasingly scary place, with cyberattacks and data breaches on the rise. Hacking is an attractive activity for criminals, and the numbers speak for themselves. For example, by 2021, it’s predicted that cybercrime will cause a staggering $6 trillion worth of damage each year.

If you run a small business, don’t assume you’re too small for the hackers to bother with.

Over 40% of cyber-attacks are specifically intended for small businesses.

As such, everyone running a company – from a “one-man-band” to a large corporation, needs to have cybersecurity on their agenda.

When it comes to the precautions small businesses can take in terms of IT security, many of them are obvious. These include ensuring antivirus software is installed and up to date, being aware of just how much hackers take advantage of human error using phishing techniques, and ensuring company networks are behind well-configured firewalls.

But there’s always more you can do, and one thing well worth considering is the use of Virtual Private Network (VPN) solutions. VPNs allow you to connect to the Internet via a private server, which encrypts your connection and shores up your privacy.

VPNs have been used by businesses for many years as a way to securely access corporate systems via the public internet, and the term may well already be familiar to you if you’ve ever worked from home or remotely.

However, consumer VPN services aimed at small businesses and consumers have become increasingly popular in recent years. Instead of providing remote access to corporate systems, these are widely used for a host of other reasons, such as:

It’s probably already apparent, particularly from the first two points, why such services could be useful to a small business. So, let’s delve into a little more detail:

First, let’s consider something many entrepreneurs and business people do all the time, accessing the internet using public Wi-Fi connections in places like coffee shops and hotels. This is probably something you do without a second thought, especially as it makes it so easy to work from anywhere.

However, it’s not widely known is using public Wi-Fi is dangerous from an IT security perspective. Instructions on how to hack into such Wi-Fi networks are just a quick Google search away, and news reports have even shown a seven-year-old managing to do it in less than 11 minutes. Hackers also commonly set up fake hotspots – and if this sounds far-fetched, a recent article from someone discovering three such fakes in just two weeks should be enough to convince you the danger is real.

All the hackers need to do is sit there, wait for you to enter a username and password – which could be for anything from your company database to your payroll system – and you’re looking at a data breach. Thankfully, that’s where a VPN comes in.

By connecting to a VPN service as soon as you’re online, you establish an encrypted tunnel to the internet. Yes, the risk of hackers still exists, but anyone monitoring what you’re doing will only see meaningless encrypted garbage that they can do nothing with. Immediately, you’ve eliminated a very real online risk.

If running your small business requires you to travel, a VPN can help tremendously there too. You’ve probably noticed, whilst abroad, that the internet never seems quite the same. Perhaps you’ve had trouble accessing the company bank account or watching your usual local TV services?

This is because websites and services can easily locate where you are from your IP address. Thanks to regional blocks and content restrictions in some countries, this can cause minor inconveniences or real problems with doing what you need or want to online.

With a VPN service, you can typically choose which country’s server to use to connect. So, as soon as you’re connected via VPN, you appear to the sites and services to be in the country of your choice – meaning most things will work as you would expect again.

VPN services are inexpensive, and some providers offer special deals if you need to buy a number of licences for your entire staff. In many cases, “activating” the VPN is as simple as an “on and off” switch and a country selection, so this is an easy step towards enhanced IT security. Using a modern VPN service doesn’t require you to be a technical genius!

With internet-related horror stories hitting the press all the time, it’s natural to stop from being the next victim. Using a VPN can reduce the chance of that happening. 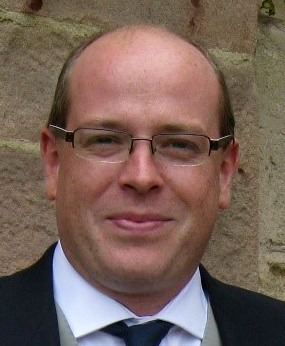 Ben Taylor has been a techie since the 1980s. He runs an IT consultancy Responsive Computing and writes about technology and privacy for a range of websites.

Our latest infographic provides statistics on the top cyber threats on small businesses and how you can protect yours. Read more